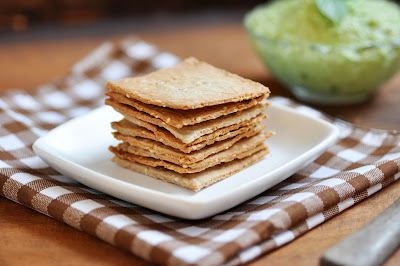 Dubai is not known for selling health foods to affordable prices. I should know that after 7 years.
But some things you have to learn the hard way. I recently bought a 1lb bag of buckwheat flour for a whopping 43 Dirhams (that is more than 11 USD or 8 Euros). It won me over immediately, as everything I put it into turned out really very well. Before I could blink, my family had gobbled up everything that came out of the oven. Never in my life have I been baking so much in one week. Never in my life did I love baking so much.

It makes me happy when my family likes my food. They don't care about sugar-free and gluten-free options. They usually are not even aware of it when presented to them. The only thing that counts is taste. In a nutshell, buckwheat flour was a huge success. But still, having spent 11USD for it bugged me.

How happy was I when I discovered a different brand of buckwheat flour for just 4 USD in another shop. It looked a little darker, but hey, so what. I took it home, and immediately started baking our current favorite gluten-free Buckwheat Almond Crackers with it. Now the dark color turned into something blackish when combined with wet ingredients. I rolled out the dough, I baked them, trying to ignore the strange color. I told myself, it's buckwheat flour: It will taste the same, it just looks different. Although I already doubted that I could sell these black things to my family.

Between two sheets of parchment paper, roll out the dough evenly and as thin as possible, to 1/8 inch thickness (or less if you can). Remove top baking sheet. With a knife or cookie cutter, cut the dough into desired shapes. Poke each cracker with a fork to prevent puffing. Transfer onto baking sheet (with bottom parchment paper).
Bake for 20 to 30 minutes or until edges turn golden brown. Remove from the oven and let cool. Break crackers at pre-cut edges. Serve immediately or keep in open bowl.